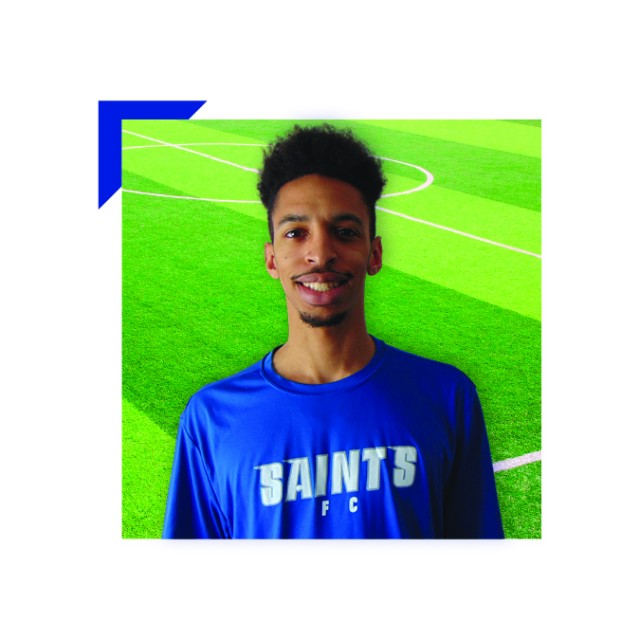 Coach Biddings began his coaching career in 2020 and continues to educate himself and focus on increasing his knowledge and expertise to advance in his career. Collin began playing soccer as a child at the age of 6 and fell in love with the sport as he gained more experience. When he entered high school he became a member of the varsity team at Catholic High School. Later he transferred to Shaker High School where he played varsity soccer in his junior and senior year.  While at Shaker, in his junior year, the team took home a sectional win. Collin played predominantly forward and midfield positions and is also skilled in back positions. The skills he learned as a player has allowed him to easily transition into the role of a coach. If you were to ask Collin what his favorite thing about coaching he would say, “witnessing the growth of not only skill but also the confidence that the players gain each time they play. That confidence not only is apparent on the field, but it also transitions to and can be applied to life. ” What Collin likes most about coaching for LCSC is that LCSC creates a friendly family atmosphere and is welcoming to all that want to improve their soccer skills and capabilities. Collin believes that a great soccer player possesses three traits; the ability to communicate, willingness to work with your team, and maintaining a positive attitude in an effort to enjoy the sport and become a competitive player.